The principal strength of the firm is our lawyers – experienced and pragmatic problem-solvers, who regularly handling complex and multi-jurisdictional disputes. Our expertise spans a wide range of areas, from antitrust and tax disputes, through to insurance and IP cases.

Areas of practice
Choose a section
About practice
Experience

Grebelsky & Partners represents its clients in commercial courts and courts of general jurisdiction on a wide range of issues arising from commercial relations. Our lawyers are involved in complex disputes in almost all commercial judicial districts in Russia, as well as cross-border litigations, which take place simultaneously in several jurisdictions. For this, we use our own network of international contacts, which has been formed over the years of practice.

We intensively participate in proceedings in the court of first instance, and in the appealing of judicial acts – In the appeal and cassation courts. Several times lawyers of the firm successfully represented clients in the Supreme Court of the Russian Federation. The decisions on some disputes in which we participated became case-law and formed the basis for the practice of resolving disputes in similar cases.

In addition, we represent clients in quasi-judicial bodies such as the Patent Disputes Chamber, tax authorities, and the Federal Antimonopoly Service.

We are specializing in different litigation areas and represent clients in all types of disputes. Among them:

Clients of the firm note that our lawyers have special strategic litigation techniques and skills, especially those related to the evidence production.

We adhere to a flexible fee approach and use different forms of payment. At the same time, in the course of proceedings, we create all the prerequisites so that legal costs can be recovered from opponents.

The following are examples of commercial litigations from our recent practice: 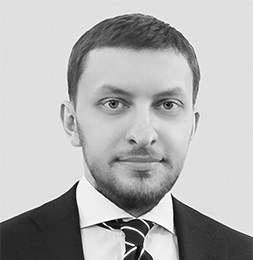